Email ThisBlogThis!Share to TwitterShare to FacebookShare to Pinterest
The good and the bad sides of life ...It was the incredible sighting of the Styx pride this morning at NK waterhole ...(I've missed it ...but took pics from Morris video) from one side ...and the disaster of Kamfers Dam from the other ...It is heartbreaking to see the little survivors to stangle to find some solid peeks to stand for a while ...But it was a big surprise to see these little creatures to swim like ducklets !!!Almost all nests are under the water now ...the breeding season finished before it starts

See below what exactly happened ..See the pics I took during aftenoon and evening today ...But most of all spend some of your free minutes to SIGN the petition ...for the Lesser Flamingos future at Kamfers Dam

Please DO IT clicking HERE

What happened at Kamfers Dam

There has been a rise in the water level at Kamfers Dam that has put the Flamingo breeding season in huge jeopardy. Many eggs and small chicks have been washed away while others have found higher ground and are fighting for survival. Kimberley could soon lose its world-famous Lesser Flamingo breeding island.

What happened?
With increased inflow of poorly-treated water from the Homevale Waste Water Treatment Plant, recent rains and limited evaporation, the island started flooding about a month ago. Over the past two days approx. 90 mm of rain and hail fell during heavy storms, and half of Kimberley’s storm water runoff has caused the water level at Kamfers Dam to rise very quickly.

This tragedy could have been prevented if the Municipality had anticipated the imminent collapse of its infrastructure several years ago, and planned for the city’s growth and increased production of waste water. Although the Sol Plaatje Municipality has slowly been doing repairs and intends to upgrade the sewerage works and divert some of the treated water to another locality, it does not seem as if it has the resources to do so.

You can also read the article (press release) on Boma 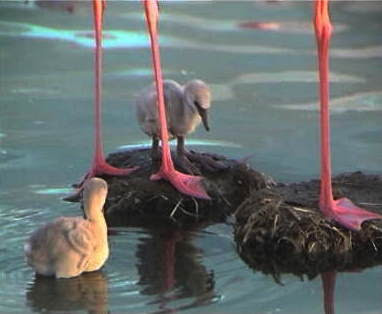 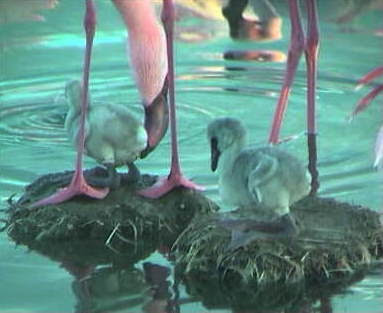 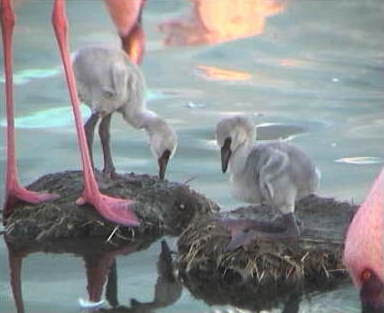 Some more pics from the flamingo colony 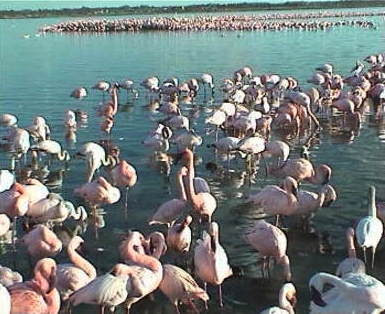 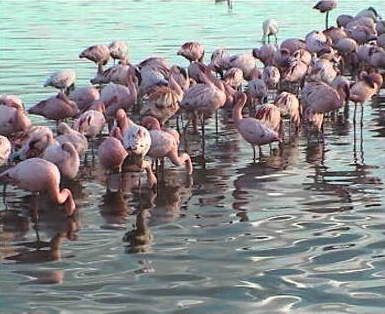 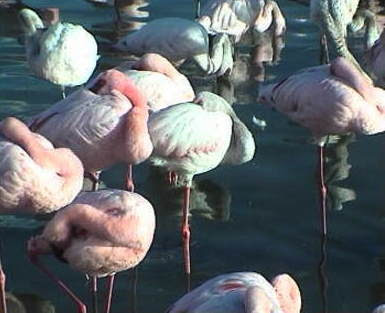 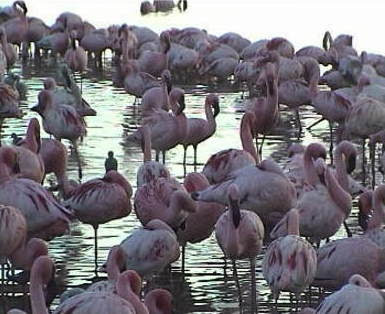 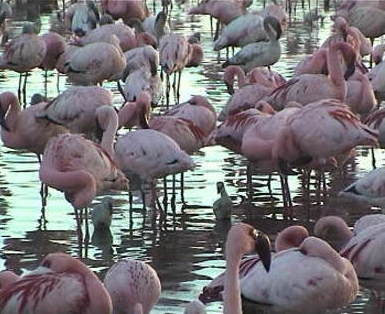 This is what we saw this morning ...Almost all nest are under the water

At the last pic you can see a Moorhen and another young bird ...I can't ID..

This blog is about the live wildlife webcams that share free, wonderful pictures and streaming video from nature thousand kilometres away of us.
All the pictures you can see here are snapshots taken using the (free) MWSnap3 and belong to the webcams' owners ...
The purpose of this blog isn't to write down all the sightings and the webcams ..I just publish my own observations as a sample of what someone can see on web ..
For more please visit the original sites and support their efforts to bring nature into our homes ...
You can find a list of all the cams I watch exactly below ...